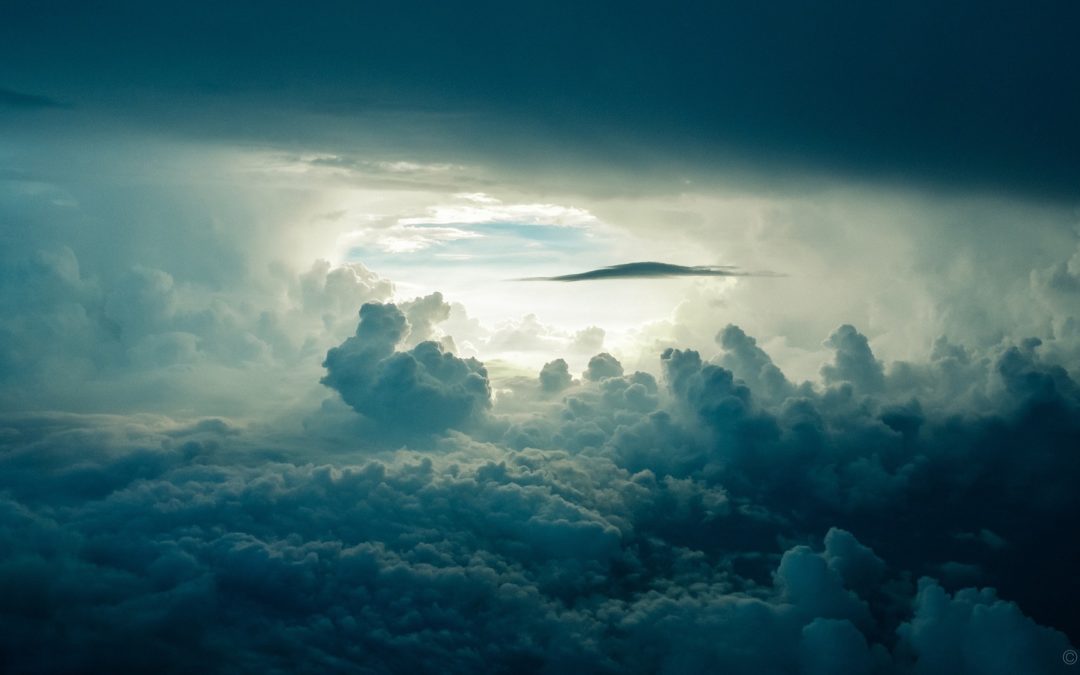 As we enter into the New Year many it would seem are leaning into frustration, pessimism, and, even a sense of hopelessness in regards to the future. I’m not referring to atheists, agnostics, and those in false religions- I’m referring to Christians who claim Christ to be their Lord and Savior and who claim to fully believe in the Bible. Some how, many Christians have allowed the almost endless bad news and crises of the last several years to eclipse their perspectives of the promises of God and even God Himself.

For sure there does seem to be a drastic increase of bad headlines. We can play over in our minds the jihadist attacks in Paris and San Bernardino. We can look at the lingering effects the economic fall of 2008 has had on many. We can focus on the hot points of strife and war in several middle-eastern nations. We wonder what will be the outcome of the flooding of migrants and refugees into many western world nations. We can stress about the frustration in many large cities due to distrust of local police and authority. We can stew over the corruption many politicians seem to fall prey to. We can fret over the climate changes currently taking place. Or, we can keep the eyes of our heart focused on the triumphant King of kings, and Lord of lords- Jesus.

Am I suggesting we pay no attention to real problems surrounding us- absolutely not! We are called by God to reflect and release His grace, mercy, and love to the hurting and lost after all. My point is that for those who truly follow Christ we are never to derive our peace, or lack there of, from the temporal. We are to derive our peace from the timeless Prince of peace. Only God truly knows what exactly 2016 holds for the nations. The good news, however, is that not only does He know your and my future, but He is more than capable of intervening in the midst of history (both ours and the big picture) and bring about His Kingdom purposes of redemption.

Jesus- the Triumphant Prince of Peace!

The Bible makes no promises of a life without strife. Quite the contrary, Jesus warned that there would be tribulation in our lives. Along with that warning He also gave us a wholesale promise. He told us that He would give us a peace not based on the changing events around us but the peace of His eternal Kingdom. His peace is a peace that supersedes any temporal peace. For this reason Isaiah prophetically named Him the “Prince of Peace”! In fact, Isaiah, under the inspiration of the Holy Spirit, promised us that God would keep in perfect peace the one who stays focused on Him! (Isaiah 26.3)

The People of the Triumphant Prince of Peace!

There is a secondary focus, as well, that is vitally important to keep in focus- the triumphant eternal church! I know that many who will read the word ‘triumphant’ in describing the church will roll their eyes in disbelief. There are, unfortunately, a huge amount of people who have suffered betrayal of commitment and love from individuals who claim to be disciples of Christ. If that has happened to you be of good courage- you happen to be in very good company. Jesus, Himself, was betrayed by a follower of His- a friend with whom He ‘broke bread with’.

I am not writing of the church as it appears at any given moment, however. Rather, I am speaking of the eternal gathering of the redeemed that both sometimes does now, and will permanently, stand as living reflections of Christ’s character and attributes. This is the eternal Bride of Christ purchased by the Blood of the Lamb and sanctified by the ongoing work of God’s very own Spirit. Like the Kingdom of God on earth today the people of God are part of both the now and the not yet when it comes to the finished work of God in beautifying and healing us for His own prize. This timeless triumph of God’s people ought to be kept at all times in our peripheral vision. Otherwise we are tempted to think that everyone and everything is prey to the deceits and weaknesses of our age.

Recently a good friend who has been a prophetic voice for many years in Australia met with a few leading pastors. He had just written a very Biblical treatise regarding the issue of same sex marriage. His purpose in meeting with the pastors was to encourage them to stand on Biblical truths and principals rather than simply going with the flow of contemporary culture. Two of the pastors basically responded by stating that ‘this was a fight the church had already lost and it was time to move on’. Their response was tragic for several reasons but I would like to simply point one key reason- the eternal timeless church simply cannot lose anything of God. We may at times forget who we are and lose sight of our birthrights in Christ. Nonetheless, God’s Word and Kingdom are always true and nothing can ever be lost even as God can never be diminished or defeated.

Allow me to share one simple example. Years ago I was invited by a missions training base in Scandinavia to come and teach on the Holy Spirit at work in the Church and world today. While some of the leaders believed that God still moved in healing and miracles today most of the ministry team did not. While ministering to them I had a choice. I could either focus on the unbelief in the current ‘face’ of the church that was staring me in the face or I could focus on the timeless church of the redeemed that had moved so powerfully in miracles throughout church history. I chose the latter. One of the good things that happened was woman who was part of the ministry team experienced a significant healing in her hips that allowed her to keep on with her mission vision rather than giving up on her calling. That particular ‘sign and wonder’ was used by God to download faith to the group that not only did He still do healings but also that He even used everyday saints!

Be Thou My Vision- by Day and by Night!

As we enter into a year that could, possibly, be even more catastrophic than 2015 let’s be committed to keeping our eyes focused on three truths; One, the truth Himself, Jesus, secondly, the eternal promises of God found in the Bible, and third, let’s view the Body of Christ as the redeemed saints of God. Even though we don’t always see the victory of Christ in each other moment by moment at this stage let’s take the long view. Let’s perceive ourselves, our congregations, and the church at large, as the chosen and favored ones. Let’s have faith that even with our current growing pains God has chosen to partner with us in order to display and release His divine love, grace, and mercy. If contemporary events are sowing any doubt in your heart just remember- God knows the plans He has for you, plans to give you a hope and a future. (Jeremiah 29.11) AND, He is more than capable, no matter what the world throws at you, to complete those good plans!

May you know, experience, and extend the amazing love of God in 2016 in an ever increasing way. May the prayers and dreams you have trusted God with be realized in tangible ways. May you experience God’s goodness so much that you can’t keep from giving it away in this New Year. To Him be the glory who can do far more than you can think, or ask!