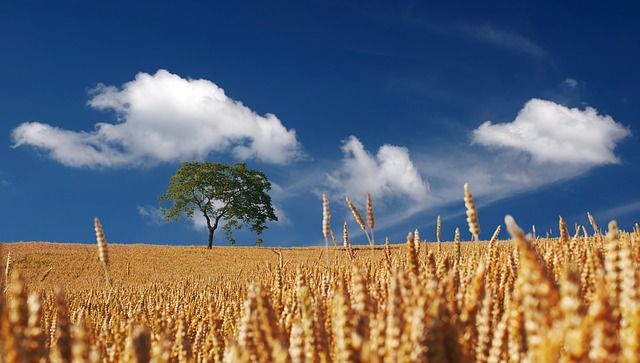 I have been considering the subject of death recently. No, not due to any macabre reasons but, rather due to seeking more insight regarding the powerful principal of sowing and reaping which effects nearly all of life. Much has been taught and preached concerning sowing and reaping.  It is a principal, or law, that many third world people seem to understand far more than many so called ‘educated’ people in the western world. This is primarily due to the fact that much of the third world is still agrarian based while many western world based people perceive many events in life as random, or chance. Personally, I don’t believe the word “coincidence” exists in the lexicon of heaven.

The prophet Hosea stated, on behalf of God, “My people are destroyed for lack of knowledge”. (Hos.4.6) Moses was pro active when He asked God to teach him His ways so that He might know Him. In a society that seems gripped by consumerism- constantly fixated on what we don’t have, God would have us be thankful and even celebrating what He has already given us. Our problem is, due to lack of knowledge, we don’t always perceive God’s ways of stewardship with what He has entrusted us with. That can result in a lack of divine multiplication in our lives! Part of our problem is that so much of Biblical kingdom living appears to be counter intuitive to our natural (earthly) mindsets. Especially, sacrificial giving and serving can seem so counter productive when it comes to seeking fulfillment in life.

In considering much material and teaching on sowing and reaping that emphasizes a Biblical basis I have found that as encouraging and helpful as some of it is much of it neglects this crucial aspect of sowing and reaping- death, and dying to self.

Early last month my mother, aged 86 years, passed on to the Lord. As is often quoted at memorial services I stated her passing on was ‘bitter sweet’. Bitter because she was one of the most generous and selfless persons I have ever known and I will greatly miss her.  Sweet because she is now free from the last 4 years of very difficult health and short-term memory problems. More importantly, we can now celebrate that she is gazing on the wonder of Christ Jesus and enjoying perfect health every which way. That journey of promotion could not have taken place, however, without partaking of the cup of death.

Even Christ Jesus, who never sinned and never deserved any judgment whatsoever, experienced death in order to come into the promotion the Father intended for Him. His offering of His life on the cross was the fulfillment of His teaching that “Truly, truly, I say to you, unless a grain of wheat falls into the earth and dies, it remains alone; but if it dies, it bears much fruit.” The question I would like to pose is “As God has created and structured life do we realize that quite often death precedes an increase of life?” Or to put it another way- ‘times of demotion often are preparation for times of promotion’. We all want to walk in resurrection life but how many of us are willing to embrace a “pick up your cross” lifestyle!

The principal of sowing and reaping, as Paul championed it in the New Testament, goes all the way back to the very beginning of man. Shortly after God created the garden, humanity, and all that exists, He stated to man  “Behold, I have given you every plant yielding seed that is on the surface of all the earth, and every tree which has fruit yielding seed; it shall be food for you”.

The key, which God has given to humanity for sustenance and even abundance, unto sharing and caring, is sowing and reaping. And what He has given us to sow are seeds- some literal and some metaphorical! The previous statement is both quite elementary but also quite profound. Elementary because everyone to some degree understands that trees, fruit, vegetables, animal life, and even humans, begin with a small seed of some sort. Profound because when you hold a plant or tree seed in your hand it appears as a quite insignificant small piece of dead wood.

In a nutshell (no pun intended) this powerful truth of the great and grand coming out of the small and insignificant is powerfully illustrated by Christ, Himself. He who seemingly had no stately form or majesty offered Himself up on that despised piece of wood that symbolized death and shame. The fruit of His sacrifice is millions, and someday possibly billions, who will come out of spiritual death into eternal sonship in Him! Our key, which God continually gives us, is choosing to surrender- laying our lives down like that grain of wheat in the earth.

The apostle Paul stated “I die daily”! For Paul His ethos was to daily strive, by God’s grace, to emulate the selfless ways and will of Christ rather than selfish ambition and carnal desire. As we, in turn seek to imitate Paul who sought to imitate Christ it is essential that we thoroughly understand this God created principal of sowing and reaping. Daily, as we practice kindness- both one off opportunities with strangers and regularly with those we know, we will reap what we sow. As well, from time to time, as God leads us, we are to give of time, energy, and finances in sacrificial ways. No matter how great the sacrifice His promise is we will also absolutely reap what we sow in amazing ways.

A huge part of the battle, however, is not despising what we have to give no matter how small and insignificant it may seem to be. You and I may not be giants of faith and intellect, or rich in practical resources. As we take what we have in hand, however small and lifeless it appears, and place it in the hands of God with faith (thanksgiving) not only will we reap, but also so will others. The disciples surrendered to Christ the meager meal they had for themselves of five loaves of bread and two fish and by God’s divine principal of multiplication out of sowing and reaping they not only fed thousands and thousands of people but they ended up with one full basket each.

In the day of the prophet Zechariah, God had called Zerubbabel; the governor over the province Jerusalem was in, to the seemingly impossible task of rebuilding the destroyed Temple. Both the resources and the heart of the people seemed to be severely lacking. But the prophetic word, despite all odds, was: “Do not despise the day of small beginnings”. The rest, as they say is history! The miracle of the rebuilding of the Temple was a big picture reflection of the miracle of a tiny seed becoming a life giving fruit tree!

God will not be mocked. Kingdom living is in the giving!

As God gives opportunity and especially at the leading of His Spirit let’s be a people who live and give sacrificially out of the prophetic abundance of small acts and gifts- no matter how unlikely, or insignificant those metaphorical seeds may seem. And remember the death process of sacrificial giving may be incredibly inconvenient at an incredibly inconvenient time. It very well may result in your “soul becoming troubled”!  It may be God is calling you to die to your reputation even as Christ “made Himself of no reputation”.