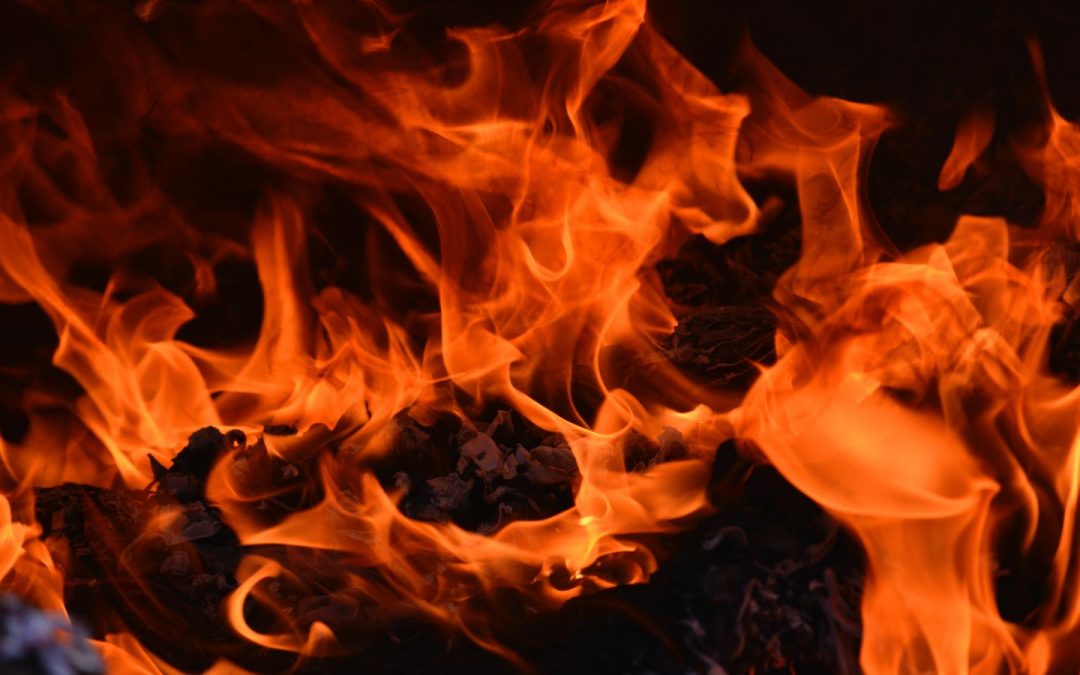 Last week, while in one of the worship meetings at my home church, I saw in a vision the fire of the Lord’s presence resting in the sanctuary. As the fire burned, I saw chaff being thrown into the fire and completely consumed. I also saw fat being thrown into the fire and consumed. The Holy Spirit indicated that He desired to take the body of Christ in the Western World into the consuming fire of God’s glory and holiness.

Moses, Isaiah, and the writer of the Book of Hebrews each stated that our God is a consuming fire. That Consuming Fire is intended to burn away the chaff and the fat from our lifestyles. He desires to burn away all which stands in the way of each of us being able to

effectively run the race for God’s glory and kingdom we were created to run. As the apostle Paul put it, ‘Do you not know that in a race all the runners run, but only one receives the prize? So run that you may obtain it.’ (1 Cor. 9.24). Many of us may have inadvertently weighed ourselves down with areas of unnecessary concern and focus, robbing us of that freedom to run freely.

A few days later, I had a follow-up vision. I saw great shafts of light and warmth streaming down from the throne of God. The Lord said, ‘it’s time for a greater harvest’.

As they touched the earth, these shafts of light had a supernatural ability to thaw out hearts and souls that had become frozen and hard due to bitterness and unbelief in God and His kingdom. The Lord also said that while many have faithfully sown seeds of the gospel for years, seemingly those seeds fell on hardened impenetrable soil. These seeds have not been sown in vain. There is a harvest coming. Those who have sown in tears will reap with joy.’ (Ps.126.5)

For Christian leaders and pastors, I would mention one area of concern for those you lead. There may come a brief time of turmoil to your teams and co-leaders. This is due to whenever God’s holiness begins to be revealed in a deeper way each of us becomes provoked. We are provoked to either repentance, or rebellion- there is no middle ground. Whatever is inside our hearts that God attempts to deal with becomes catalytic. We either respond to God’s grace in humility, or we respond in pride. When there is a prideful response of our hearts to God it will often manifest with grumbling, criticism, and manifestations of ego and ambition. So, if you begin to see these sorts of problems arise be comforted in knowing it is simply God’ refining fire at work for His glory and our sanctification. He prunes so that we might bear greater fruit! (John 15.8)

As well pastors, you may want to review the scope of your church’s or ministry’s expenditures of time, money, and people. Prayerfully consider whether everything is bearing fruit or is an unnecessary burden that would slow your ministry down in running the race for Jesus and the Kingdom of God.

In Christ’s love,
Marc A. Dupont